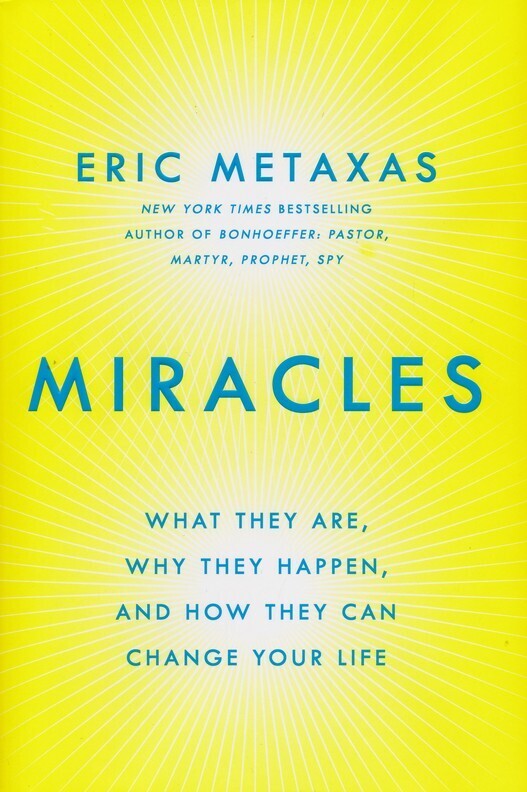 The supernatural is an area I feel reluctant to talk about, but I’ve decided to share a few of my experiences. The reason for my reluctance is twofold. First, I have an aversion to the unhealthy fascination and sensationalism that usually goes with it. And second, I find it difficult to escape the scientific rationalism of my time. This second one makes me fairly skeptical about people’s (including my own) experiences. This does not mean I disbelieve in God’s involvement in his creation. I believe that God is always involved in the ongoing activity of his creation, unlike those who think things run along naturally without God and that he only intervenes supernaturally once and awhile.

I believe God is both creator and sustainer. We live because of his sustaining energy. The sun rises and sets, the wind blows and the crops grow because God’s power is infused throughout his creation, and yet, he is separate from his creation. If God would stop sustaining the cosmos everything would cease to be. Science is simply the observation and recording of how we perceive God to be actively working within his creation. Theologians refer to this as God’s “General Revelation.” There are still many mysterious and unanswered questions, one of the biggest being how destruction and evil can exist in an all-powerful and good God’s creation.

So, I’m not skeptical about the spiritual realm or about God’s involvement in our lives. God does so much for us on an hourly basis we mostly take his work for granted. We see it as just the way things are, rather than recognize it as a continual gift from him.

I am not a Cessationist. I do believe that God still acts in supernatural ways today. What I am skeptical about is how often these miracles happen today. Even in Biblical times miracles seemed to predominate only in specific eras; interestingly, in the times of Moses, Elijah, Jesus and the apostles. Essentially, I think the supernatural is rare (and a miracle wouldn’t be a miracle if it wasn’t rare). I think they are often unhelpful to our spiritual walk. And I think our “wishful thinking” gets in the way so that we often believe something is supernatural because we want it to be.

My first occurrences of the supernatural happened in early elementary school. I woke up in the night and felt a tremendous pressure on my chest. I felt like I was being squished and I couldn’t breathe. I recall panicking and then crying out to God for help. The pressure immediately left.

For a time I was into Castle GraySkull and I had many of its toys. That was until the night I thought I saw evil spirits flying out of the castle and swooping around my room. I got so freaked out that I told my parents about it and decided to burn all the toys in our campfire pit. Burning the plastic wasn’t the most environmentally friendly, but all that mattered to me at the time was getting rid of that stuff.

I remember another occasion of waking up in the night, looking at my door, and seeing two brightly white robed men standing on either side of it. I took them to be angels and went back to sleep.

Another incident occurred when I was a teenager at a Christian conference. During a concert I was hanging out with some friends when a stranger came up and said he had a message for me. He pulled me aside and said that while he was praying he had vision of me preaching to a large crowd of people. He wanted to encourage me and tell me that God was calling me to preach.

Also while a teenager, my dad was suffering with severe back problems for years. When he would try to get up after sitting, it would take him five or ten steps before he was able to stand upright. One evening he was in the basement of some Christian friends who had invited to hear a traveling evangelist named of Paul. My dad and this man had never met and at the end of his hour long message Paul said that someone in the room was struggling with back pain and needed to come forward and ask God for healing. My dad says that he was too afraid to do so until the man asked a second time. “I felt like someone just lifted me out of the chair,” my dad reported to me. “The man didn’t even touch me. But after he prayed for me, my back was better. Although this was a couple of decades ago, my back pain has never come back. After I was healed, Paul said to me, ‘I knew it was you,’ but God wanted you to come forward if you were to get healed.’”

I don’t know if my dad realizes the discrepancy in his testimony as he retold it to me. He said that Paul told him that “God wanted him to come forward in order to be healed,” but he also said that it was as if “someone lifted him out of his chair” the second time Paul made the request. So, did my dad willingly go forward in faith or did God pick him up and carry him forward in his lack of faith? Either way, God healed him. And isn’t this just like the scriptural tension between freewill and predestination!?

The final experience I will share happened while I was a youth pastor at Northgate Baptist. A lady came into the church looking for a pastor to give her counsel. I quickly realized I was in over my head when she started talking about occult involvement and about going through some ceremony where she got “married” to Satan. I asked the associate pastor (Ralph Korner) to assist me.

During our counselling session this lady manifested signs of what the church has traditionally called demon possession. She would growl, talk in a low masculine mocking voice and stare at us with an intense hatred. Other times she claimed to see things in the room like angels. After an afternoon of talking to her, praying and reading scripture, she appeared to be “delivered.” As to the long term effects, I’ll never know since we lost contact with her afterward.

That evening I ran a youth event at the church and, after everyone was picked up, was left in the church alone. I did a walk through the building to make sure all the doors were locked when I felt an icy presence by the back doors. I wondered if one of the spirits we dealt with earlier in the day was roaming here. With a racing heart I prayed, “In the name of Jesus Christ, through whom I’m protected, you have no right to be here. Get lost.” I then locked up and made a brisk walk to my apartment two blocks away. By the time I got home I was already second guessing myself. Was I just spooked because of the events earlier in the day? Was my mind playing tricks on me? Get a grip!

The next morning I got a call from our head deacon John Reid. Apparently, he had gone into the church that morning and said that, when he entered the back doors, he felt an “icy presence”. John said he then felt compelled to go around the building and pray at all the entrances. He was now calling me to see if anything unusual had happened at the church recently. When I told him about my meeting with the lady and what later happened to me it confirmed John’s experience.

John knew nothing of these events prior to our phone conversation. He had never reported anything else like this to me in the six years I was at Northgate. For him to phone with the exact same experience I had, in the same place and the day after my encounter, confirms to me the reality of our experiences.  I don’t claim to know exactly what was there, but it never bothered us again after that weekend.

I’ve tried to replay these events in my life as objectively as possible. You can be the judge as to whether or not they were supernatural occurrences.