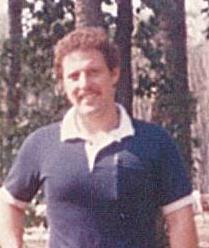 I first attended Meadowlodge Bible Camp the summer before grade six. I was in cabin six and my counsellor’s name was Al Lowrie. For five years I had been attending a Lutheran church and had become familiar with many of the Bible stories, the Christian creeds, commandments and prayer. It was at camp, however, that Jesus became real to me through a man named Al. Al seemed to not only know about God, but to know God. That week I studied Al closely. I particularly remember how important it was for him to spend time reading the Bible and praying.

One morning, before anyone was up, Al got out of his bed and started to head outside. His movement woke me and, as our cabin door creaked opened, I whispered to him, “Where are you going?”

“Out for a jog and to pray,” he whispered back.

He left, but I didn’t go back to sleep. I just reflected on Al’s commitment.

When camp was over, Al told us to pray for him because he was going to Nepal to be a missionary. I went home inspired by Al. I wanted what he had. I wanted to be committed to Jesus like he was.

The next summer I was back at the same camp with a friend I brought from school. I came full of questions and was impacted by the speaker Marvin Hess. Many evenings I sat in the chapel asking Marvin questions. How could God be three in one? What did Jesus mean when he said that John the Baptist was Elijah? Who was Obadiah? Marvin Hess would patiently take me through the scripture and attempt to answer my questions. His knowledge and familiarity with the Bible impressed me. My friend also made a commitment to Christ that week and, as I watched Marvin pray with him, I knew that God was calling me into ministry. I wanted to know my Bible like this. I wanted to pray with people like this. I wanted to serve God and others with my life.

At this same camp, a few years later, a speaker challenged us to give our lives over to service for Jesus. He gave us each a package of salt and told us to write the date of August 28th on it as our statement of commitment. I kept that package of salt. Two months before I entered Bible College, I drove back out to the acreage I’d grown up on (we’d moved to Leduc in my last year of High School), opened it, poured it on the ground and prayed, “Lord, let me be the salt of the earth for you.”

I started grade seven after my second year at Meadowlodge Bible Camp. The Lutheran church we were at didn’t have much for youth and, because I made a lot of friends at this camp, my parents decided to switch churches to one affiliated with the camp. We started attending Wycliff Bible Chapel, a Plymouth Brethren church.

The Brethren’s high value on “the priesthood of believers” provided an excellent atmosphere for me to learn how to preach. The denomination has no pastors and each church is run by a group of lay elders (men only). These elders would take turns preaching on Sundays. This proved to me that preaching is not something only trained professionals can do. In fact, many of these elders were better than the “professional” Lutheran ministers I had grown accustomed to sleeping through. I could also see their point regarding the dangers of having “professional” clergy. You have to fight hard not to create a clergy/laity division where the clergy do the work and the laity critique. That culture also creates the need for the “rock star” pastor to attract people for church growth. Ironically, the laity can sit for years under all this “good biblical preaching” and still be unable to teach or preach or even pray in public. That’s for the pros! This is something I didn’t see in the Brethren church. The large majority of the men were able to get up and preach if called upon.

The Brethren taught me a great respect for the Bible. Though I’ve grown to reject much of the Brethren’s conservatism and way of interpreting the Bible (especially their End Times dispensational stuff). But it was in this atmosphere that I learned to preach and to trust that the Bible is God’s word to us.

Attending Wycliff Bible Chapel was a seventy year old man named Bill Steenson. It was Bill’s practice to regularly go out on the streets of Edmonton and hand out Christian tracks. Bill started getting to know me and the two of us began “witnessing” together. There we were, a fourteen year old teenager and a seventy year old senior, handing out tracks, praying together and attempting to reach the lost in downtown Edmonton. I got dirty looks, was sworn at and ignored. But I learned about courage and about how to share my faith and pray with different people. I’m forever grateful for the impact Bill had on my life.

It wasn’t long after this that I began preaching at the downtown Hope Mission. It was one of those deals where, if you want a free supper, you have to sit through a sermon. Learning to preach in the inner city gives you instant feedback. I had to know my audience, not just what I wanted to say. People would stand up in my messages and tell me off, threaten me or ask questions for clarification. Even though I was only fourteen at the time, these lessons started to inform my preaching.

Once I was speaking at an inner city mission during my second year of Bible College. Wanting to show off my new found wisdom, I quoted Francis Schaeffer. Before I finished the quote a guy shouted out, “Who the hell is Francis Schaeffer?” He was right. What relevance did a line from Schaeffer have in this context? I recalled the time my dad dragged me out to the car for interrupting a preacher. I thanked the man, pushed aside my notes and preached in a way more conducive to the people who were there.

I was getting increasingly excited by all of my experiences of serving the Lord that I wanted to tell Al Lowrie. Al was now in Pakistan and this was the day before email. After tracking down his mailing address I wrote him a letter and, a couple of months later (April of 1988), I received back a letter. I was amazed to find out that he was also a good friend of Bill Steenson. Here is a part of the letter he wrote me:

Of course I remember you, Stefano. You wore a little hat quite often at camp and enjoyed the times we sang while doing dishes. I was very pleased to hear from you and that you are taking a strong stand for Christ. Also a great big thank you for your prayers…. Junior High and High School will be the toughest tests yet, Stefano, especially these days as there is so much pressure to do what ‘everyone else is doing.’ If you continue to take a bold stand for Christ you will encounter much opposition. You will never regret taking a bold stand for Christ. Even though it seems incredibly hard it has proven the most rewarding for me.

I now have been a Christian for almost ten years and instead of it getting boring it is getting better. I did not say easy. I said better. To know Jesus is the best gift in the world. Your letter was very encouraging. Say hello to Bill Steenson. Carry on, Stefano. If you get the chance, write me again. Love in Christ, Al Lowrie.

Here is part of a second letter I received from Al:

You are right. We need people to go everywhere and tell people about Jesus. You can start right where you are living now and ask the Lord to make you a witness and worker for him. Continue to study the Bible and memorize it. Prove yourself faithful where you are now. Be faithful in the little things – and God will entrust you with bigger things.

I am encouraged by your desire. It is good to know that you are thinking and praying about missions. Take each day as a race and run it as for the Lord, Stefano. You can never compete for a better team, or captain, as the Lord Jesus Christ. Love in Christ, Al Lowrie.

Though I was baptized into the Catholic Church and later confirmed in the Lutheran Church, it was in the Brethren church that I decided to get baptised as a believer at the age of 14. Eventually I left the Brethren and got ordained with the Baptists I wonder if I will ever speak in tongues so I can join the Pentecostals and become truly ecumenical!