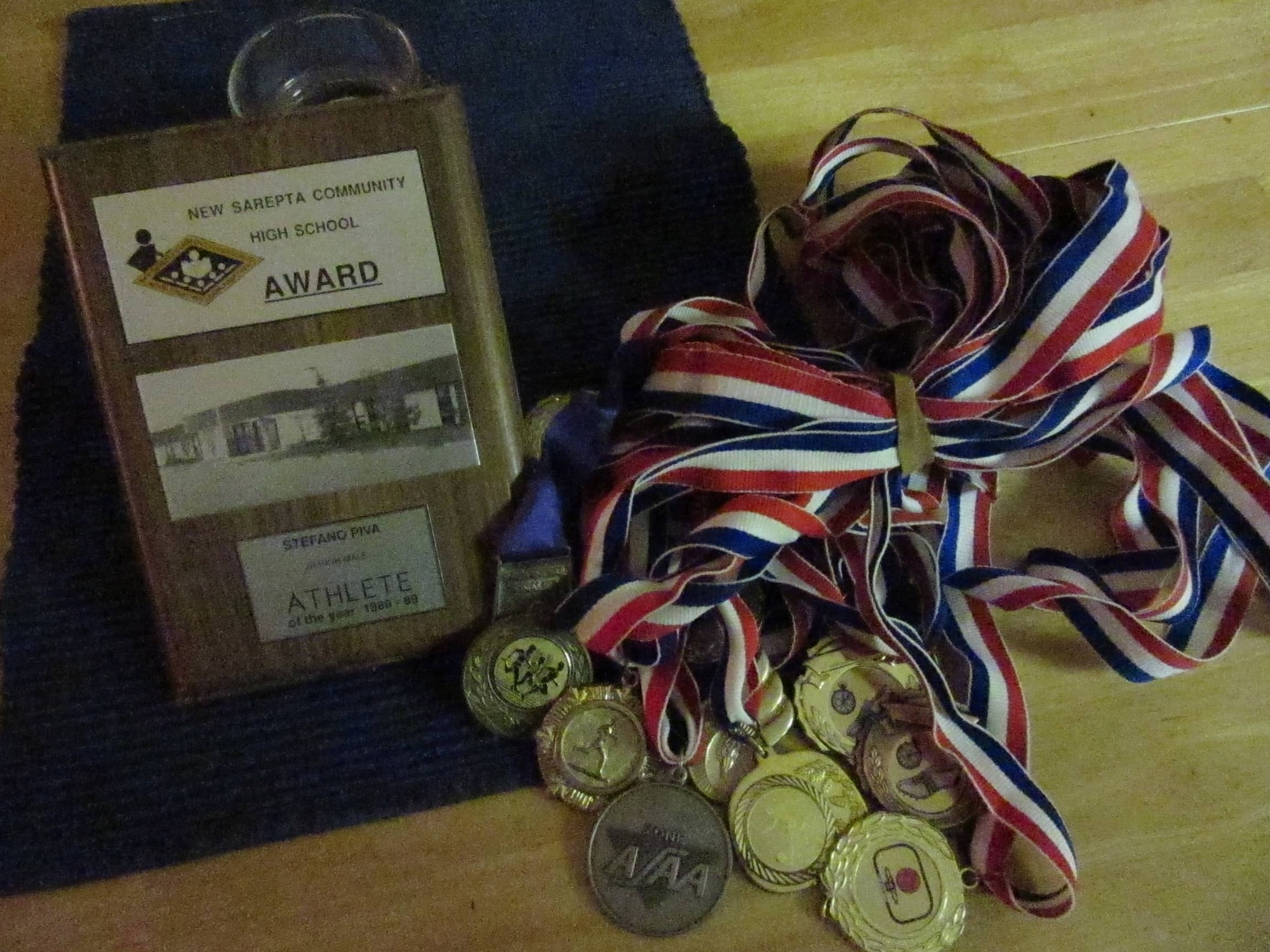 I entered grade seven an awkward and unsure adolescent. That was when I met my physical education teacher. Our first class began with Mr. Mair initiating his new crop of students with a three kilometer run to the highway and back to the school. As I jogged amongst my peers I remember thinking, “I’m going to hate this class.”

When we got back Mr. Mair pulled me aside and asked for my name. After I told him he said, “Stefano, I know you can run faster than what I just saw. I bet you’re the fastest runner in this group. You just don’t think you are.” Now I knew I was going to hate this class.

A few days later we had our second gym class, which began with a run to the highway and back. (This was to be a theme until the snow started to fall). This time, before I ran, Mr. Mair tapped me on the shoulder and reminded me of his previous comments. I ended up coming in second! I couldn’t believe it. I felt pretty good. I beat everyone except Dalton. And who could beat Dalton anyway? That’s when Mr. Mair reminded me that I was the fastest runner in the class. Six weeks later I was coming in first every time, often thirty seconds ahead of Dalton.

Later that year Mr. Mair convinced me to try out for the school basketball team. I ended up the only grade seven student to make the team. He encouraged me to start cross-country running. He had me help organize sports activities at noon hour. He even found me a job assistant coaching an elementary basketball team.

Mr. Mair’s influence took me from a runner in the crowd to the leader of the pack. Nine months later, at the school track meet, I entered all eleven events. I won the gold for my age category and broke seven school records – 100 meter, 200 meter, 400 meter, 800 meter, 1500 meter, 100 meter hurdles and high jump. The interesting thing is that Mr. Mair didn’t train me. He simply believed in me, helped me believe in myself, and gave me opportunities.

The following year I finished grade eight and won the school award for both “Athlete of the Year” and “Citizen of the Year.” Granted, we were a small country school, but it felt great to beat out everyone from grade seven to twelve. I also won the perfect attendance award, but I’ve never found this one much of a bragging point. J

Mr. Mair left New Sarepta after my grade eight year. I only had two years with him. As far as I was concerned, no gym teacher would measure up. Mr. Mair taught me confidence, perseverance and leadership, and not just in sports. What he taught me transferred over into the way I have tried to live. One teacher can have such an impact on the life a student. Mr. Mair was that teacher for me.

A few years ago I decided track down my old gym teacher and let him know the effect he had on me. I found him at another school and fired off this email:

I have wanted to do this for a long time and have finally gotten around to it. I just wanted to thank you for the impact you made on my life when I was a scrawny junior high boy at New Sarepta (1987/1988) when I was in grades 7 and 8. You probably do not realize how much you helped me believe in myself and gain self-confidence by encouraging me to run and play basketball and telling me I was better at these things than I thought I was. Your pushing and believing in me influenced me greatly and spilled over into my life in general. I just wanted to write you and say thanks. I am currently 33 years old and married. I have three preschool kids. I am the lead pastor at Greenfield Baptist church in Edmonton and have been at this church for six years now. Anyway, I just wanted to send this your way and hopefully give you a bit of encouragement. I don’t know if you even remember who I am, but that is ok. Just be encouraged in your work!!! It is good to see that you are still teaching and influencing teens. Sincerely, Stefano Piva.

I received back the following response:

What a great surprise to get your email yesterday! It was so nice to hear from you. I often think back to my days at Sarepta (with great fondness) and wonder what ever happened to ……. Good to see you are doing important work, work that I am certain you have a great passion for.

I do remember our days out in the fields of Sarepta or in the gym at noon hour or in PE class. It was and still is a pleasure teaching students like yourself. It’s what makes my job enjoyable.

I am now teaching in Beaumont. I have one Social Studies 9 class and the rest of my day is spent as an assistant principal. It has been a great school to be at. I have coached just about everything (volleyball, basketball, football, track and currently curling!) My kids are now 22 and 20 and going to university and my wife is still teaching too, in Sherwood Park.

Great to hear from you, Stefano. I really appreciate your kind words. I do hope our paths will cross again. Best of luck in your work. Merry Christmas, John.