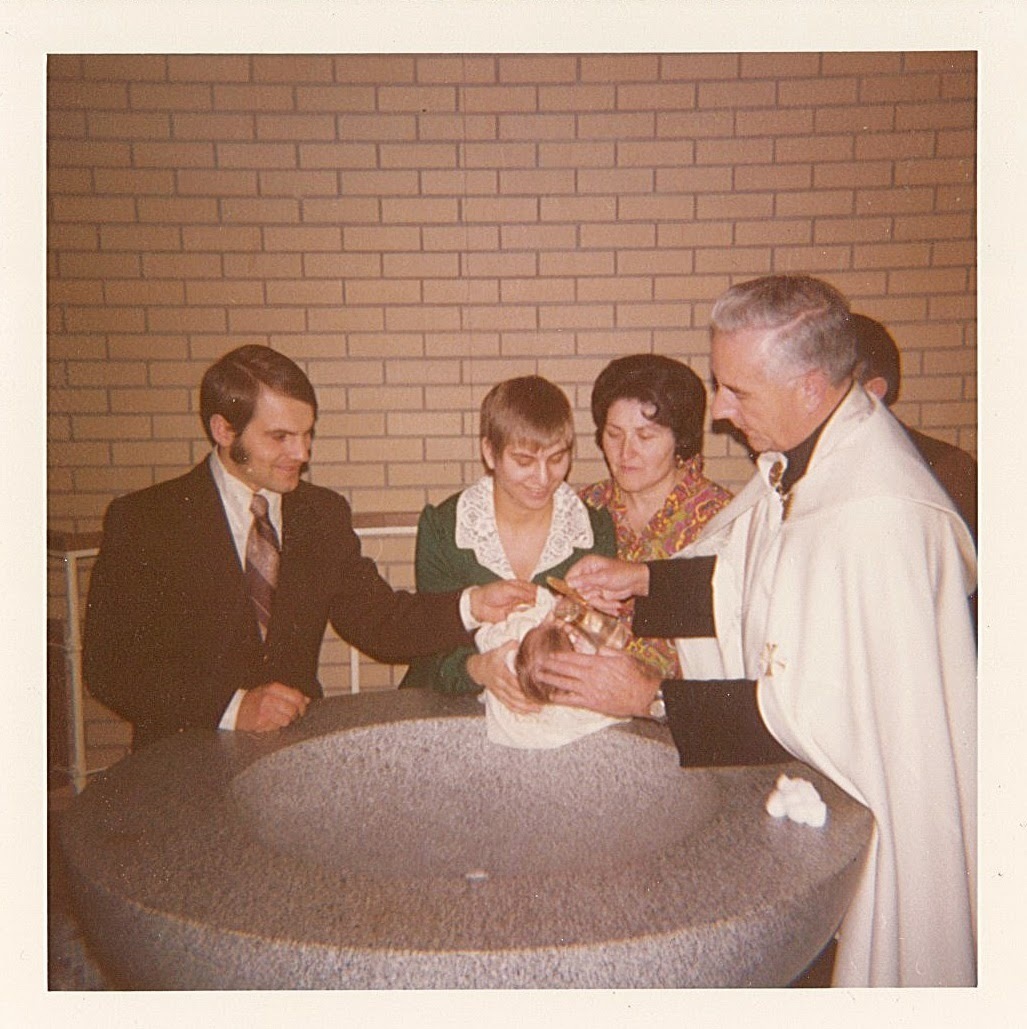 On Tuesday, December 4, 1973, The Who played in Philadelphia, The Grateful Dead played in Cincinnati and this “who” was grateful to be born. It was on that day that I left my mommy’s tummy to become a Canadian citizen under Prime Minister Pierre Trudeau. And it was on that day that the population of Leduc, Alberta, increased from 5271 to 5272.

My dad came to Canada from Italy in his 20s and had a background in the Catholic Church. My mom is not Italian, grew up in Canada, and had loose connections with the Lutheran Church. When my mom and dad married Luther and the Pope kissed!

When I came on the scene neither of my parents went to church or were living out any faith commitment but, as is true of many nominal Christians, it was important for them to have me baptised. So, within a few weeks of my birth, a Catholic priest sprinkled me with water and presented me with a baptismal stole. Years later I would discover how meaningful this infant baptism was to be for me.

Two and a half years later my brother Michael was born and, like me, was baptised Catholic. At his baptism, however, he received a baptismal candle. My parents never thought much of it at the time, but after witnessing several other child baptisms, and seeing each one receive a candle, they decided to ask a clergyman about my stole. They were told that, though the giving out of a stole at baptism is practiced in some places, a candle is more traditional. In fact, there is even controversy in some segments of the church as to whether a stole should be given out at baptism. According to the Official Catholic Encyclopedia:

The stole is worn only by deacons, priests, and bishops. For deacons and priests it is the specific mark of office, being the badge of the diaconal and priestly orders… As a liturgical vestment, the stole signifies the “yoke of the Lord” whose “burden is light.”

I will never know what was going on in the priest’s mind who gave me that stole. He is long gone, although I do have a picture of him baptizing me and a card that he signed, “Father Reidy.” That’s all I know of him. Did he run out of candles the day I was baptized? Was it just another baptism for him and he happened to be the stole-giving type? Did he know something about my future? Whatever the reason, I’ve always taken it as a sign from God regarding my calling into pastoral ministry. I recall the words God spoke to Jeremiah, “Before I formed you in the womb I knew you, before you were born I set you apart; I appointed you as a prophet to the nations.” (Jeremiah 1:5, NIV).

That stole now hangs in my office as a continual reminder of God’s call on my life.