The story I’m about to tell has haunted me for years. I’m even writing this the day after another restless night dreaming about it. I don’t understand why I can’t shake this. It happened in High School and was fairly innocent, but it gives me constant heartburn.

I met Kay at the youth group I was attending in Leduc. We had an instant attraction to each other and began dating. For some reason my mom decided that she didn’t like Kay and put a lot of pressure on me to stop seeing her. I wish I’d been a little more independent of my mom but, wanting to honor her, I broke up with Kay a couple of months later.

This didn’t stop the two of us from liking each other and it didn’t take long for us to start “seeing each other” again. This pattern was to continue over the next year, always with me calling it off.

I broke up with Kay about six weeks before my High School graduation and started dating another girl. But about a week before my grad, Kay and I started dating again. The problem was, I was still dating Jennifer at the same time. When graduation came I was stuck with two dates. In something out of an Archie comic I concocted a plan where I would take one girl to supper and the other to the dance that followed. I just had to find a way to wrap up the evening with the first girl so I could meet up with the second girl. Things didn’t turn out as smoothly as I had hoped. With the supper and dance being at the same venue there was this “in between” time where the two girls discovered each other and I quickly became unpopular with both of them. I later found hate mail from Jennifer in the glove compartment of my car. I deserved that note, but I laughed it off at the time – whether out of cold-heartedness or an uncomfortable conviction I don’t know.

You’d think I’d learn after an event like this, but after my summer holidays I was off to Bible College and Kay and I were dating again. Kay had one year left of High School. Within weeks of college I met Becky and we started dating. And yes, while I was still dating Kay. I knew I couldn’t be in both relationships and so, after ignoring Kay for a couple of weeks and hoping that she would break up with me, the two of us got together. I remember every detail of what followed.

Kay came over to my house and ran into my arms, passionately kissed me and told me how much she missed me. I wasn’t about to pass up a passionate kiss and so I kissed her back with the same enthusiasm. We then sat down and started talking and I proceeded to break up with her again (this would be the fourth time). I didn’t tell her about the other girl. I just made some lame excuse about the busyness of college. I remember Kay’s tears and her words, “You kissed me. Right before you were going to break up with me?” Then, to put a soundtrack to the event, right at that moment the song Pray for Me by Michael W. Smith came out of my CD player. 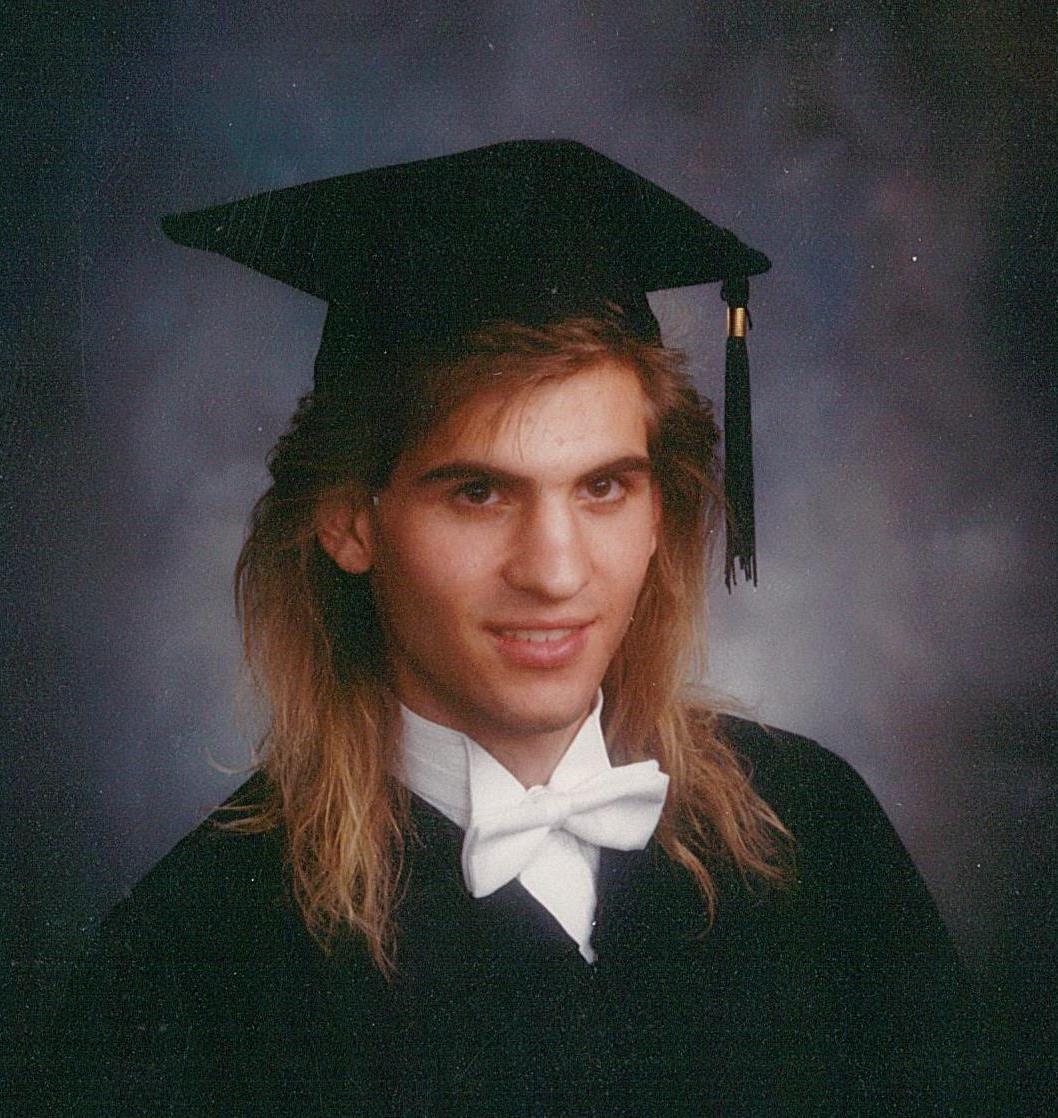 Why was I such a jerk to these girls, especially Kay? Kay was beautiful, a strong Christian, a loyal friend and someone who believed in me and my calling into ministry. Why did I treat her so poorly? Fortunately, I had enough morals not to take advantage of any of these girls sexually, but I certainly played with their emotions – and I know that that final break-up with Kay broke her heart. I think that is why I still have such a hard time shaking this. To know that I willingly broke someone’s heart for no other reason than because I was a selfish immature jerk has been hard to forgive. Another reminder of the cruelty and evil I am capable of.

My recurring dreams are not nightmares, but dreams of our relationship in High School and of me treating Kay the way she deserved to be treated. There are few “do overs” I wish for, but this is one of them. I’m not saying that everything would have worked out between us or that I’m unhappy with who I’m with today. I’ve never second guessed my marriage to Nancy or ever wished to be married to someone else. I never dream about what life would be like married to Kay. I never think of her that way. I just wish I hadn’t treated her so poorly. I wish I could go back and date her in such a way that would have honored her feelings, her love for me and her genuine faith. That is what I keep dreaming and, since I can’t control my dreams, they keep occurring and waking me up to feel like cow manure.

I think Kay was the first girl, and probably only girl other than Nancy, that I really loved. But between my immaturity, self-centeredness, sinfulness, insecurity and mother’s disapproval, I didn’t handle myself well with her.

It was only a few months after I broke up with Kay that I broke up with the girl I met in college. After this I stopped dating altogether until I met Nancy three years later. God was about to tear me apart and put me back together, as you’ll read about in the next two chapters.

I have no idea where Kay is today and do not think it’s healthy to hunt her down and pour out my feelings about how badly I treated her. She’s probably long forgotten me, but for what it’s worth, I’d like to at least put down on paper, “Kay, I am sorry for the way I treated you and broke your heart. I hope you are thriving today.”