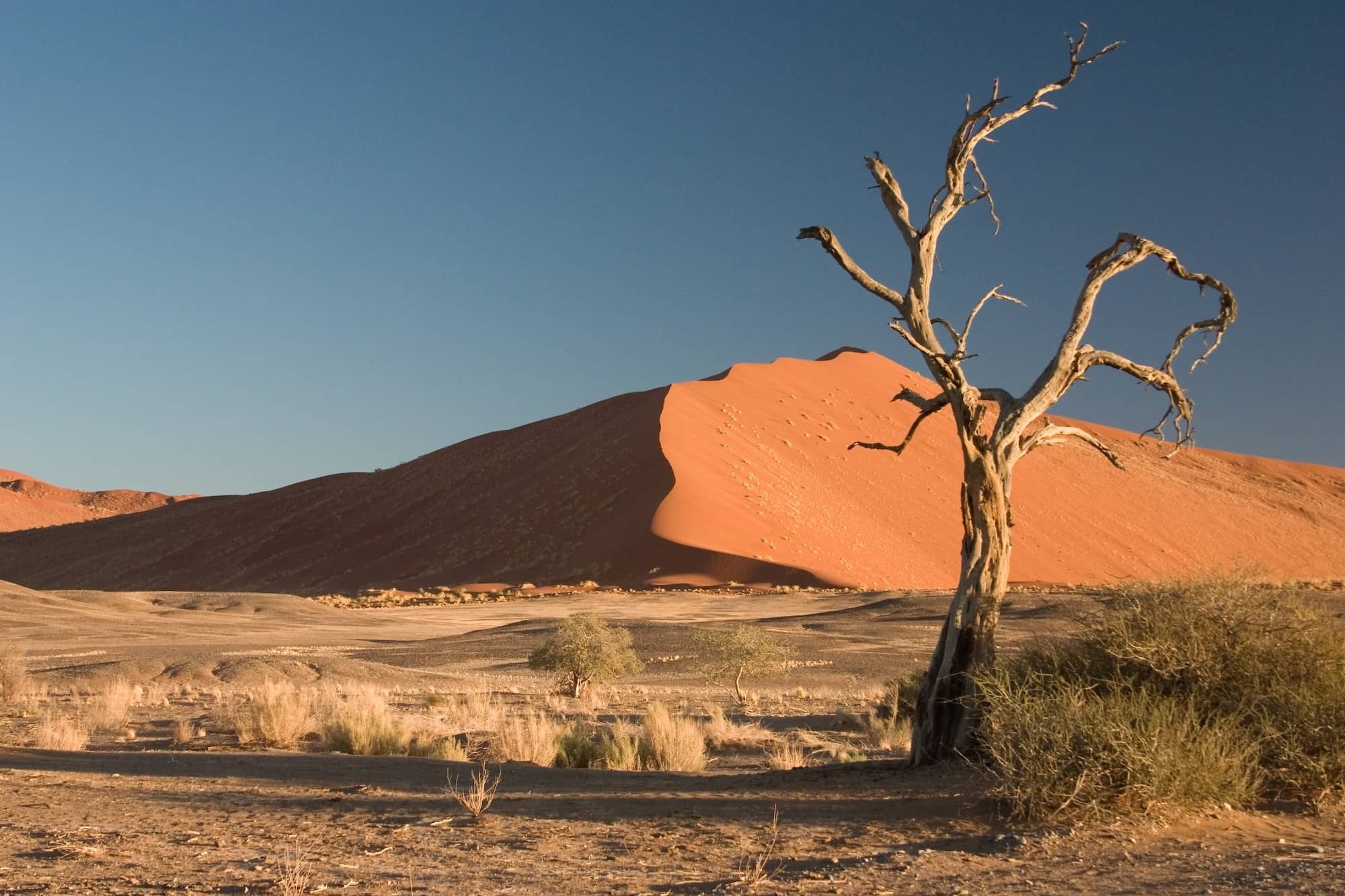 By the end of High School I was on top of the world! I had won awards for my athletic abilities, sportsmanship, citizenship, musicianship and writing. The walls in my bedroom were decorated with medals, plaques and ribbons. I was playing soccer, basketball and volleyball. I was in a great youth group and Christian rock band. I was popular. I had girls wanting to date me. I even passed Physics 30 (with a 51%). I had my own car. My home life was good. And my last few summers were spent in a fun job as a Parks and Recreation leader in Leduc. Everything was awesome! I was ready to head off to Bible School and “take the world for Jesus” and become the next Billy Graham! God was lucky to have me.

Then everything changed. Within months of my first semester at North American Baptist College things fell apart. It started with my face. In Junior High I had the typical adolescent struggle with acne, but things cleared up nicely by High School. I thought that part of my life was over, but it hit me with a vengeance in college. My face broke out with such an acute case of acne that I began seeing a specialist. During these weekly sessions my face was sprayed with dry ice to blister the skin so that the acne would peel off. My doctor was afraid of scarring and felt this was the best way to prevent that from happening. Going to class with a face full of acne and blisters can quickly cause one to become self-conscience. I didn’t make many friends my first year of college. I was too embarrassed with the way I looked and so I tried to stay away from people. I also avoided mirrors and having my picture taken.

Then other medical issues started up. Peeing became painful and I ended up having tubes stuck in places they shouldn’t go. I wanted to sleep away this part of my life and wake up when it was over. If my health concerns weren’t enough, I smashed up my car while working for a restaurant delivering pizzas. I started questioning God. I stopped going to church. And I broke up with (both) my girlfriends. Nothing like Bible school to get you grounded!

Today I know that God was getting my attention. If I was going to be a pastor it was going to be on God’s terms, not mine. Of course, I didn’t know this at the time. Then I just felt horrible. And extremely mad at God!

Though my parents prayed, worried and tried to address some of my struggles, I didn’t want to hear what I felt were defensive clichés. I was alone with God, where he wanted me. It was a “dark night of the soul.” Here in the desert I learned what C.S. Lewis meant when he wrote, “We can ignore even pleasure. But pain insists upon being attended to. God whispers to us in our pleasures, speaks in our conscience, but shouts in our pain: it is his megaphone to rouse a deaf world.”

God took everything away: my pride, looks, self-centered dreams and the equating of my worth with my performance. Like Jacob wrestling with the Angel of the Lord, this was my turn to wrestle with God. I never doubted his existence. That would have been easy. I could have chalked all this up to bad luck. What is more difficult is to know that there is a God who has the power to change things, but who chooses not to. I’d lie awake at night and tell him off. Didn’t God know I was dedicating my life to him?

I’m not sure why, but I kept reading my Bible. It was a few months after Christmas that I was in my basement reading Daniel 3. I knew the story of Shadrach, Meshach and Abednego from Sunday school. It’s about three guys who refuse to bow down to a statue a king makes. Because of this they get thrown in a fiery furnace from which God saves them. But this time I noticed a passage I’d missed on previous readings. When threatened with the furnace, the response the three men gave the king was:

If we are thrown into the blazing furnace, the God whom we serve is able to save us. He will rescue us from your power, Your Majesty. But even if he doesn’t, Your Majesty can be sure that we will never serve your gods or worship the gold statue you have set up.” (Daniel 3:17-18, Bold Mine, NLT).

The words “but even if he doesn’t” pierced me. I underlined them, circled them and double-underlined them. God had spoken to me through the Bible before, but this was more personal than ever before. I started crying. I knew exactly what it meant.

God was calling me to the same commitment and asking me, “Are you willing to follow me no matter what?” I had to rebel or submit. The choice was mine. God did not need me. And he did not want me serving him with the arrogance I had recently shown. Yes, he used me in my immaturity, but now it was time to grow up.

I was broken. I cried out to God and surrendered, “Not my will but yours. I commit my life to you with no strings attached.” That moment was the closest thing to a traditional evangelical conversion experience I’ve had. That same day I went to my keyboard and wrote this song:

Things, they got tough, I know, I ran.

Things, they got rough, I fled, far away.

And when the soldiers came and took you away, filled with fear, I hid.

Now I beat my chest, cry for forgiveness, how could I, my love deny.

Hanging on that cross, without a fight, why oh why, did I let you die?

Your love it never dies, I can see that in your eyes,

You came into the room, said “now you’re going to bloom”,

You still hold onto me, when I let go of you,

With nails in your hands and a spear in your side,

I don’t want to sound overly mystical, but these words poured out of me in seconds.

A couple of years later God reminded me of this lesson. It was in the middle of the night and I couldn’t sleep and so I started reading my Bible. I was in John 21 this time and, again, felt the Lord speaking to me. I got a pen and paper and rewrote the passage:

Jesus came to me and it happened this way: I was very busy with my school work and ministry that I rarely found time to pray. “We need to become a praying church,” I told them.  They said, “We agree with you.”  So we went out and decided to pray, but found it empty and quiet. Jesus stood up and began to speak, but none of us could recognize him because we were too busy trying to figure how to pray and listen to God. He called to us, “Friends are your prayers being answered?”  “No,” we replied. He said, “Listen to me, remain in me, abide in me, and then you will see.”  When we did this we were unable to haul in the blessings. Then one of the disciples recognized him and said, “Stef, it is the Lord.”  As soon as I heard it was the Lord I stopped everything I was doing and ran to embrace him.  Jesus told us, “Now give to me all you have received, so that I can give it back to you.”  We did and were fed by him.  None of us dared ask who he was because we knew he was the Lord. When we were finished Jesus pulled me aside and said, “Stef, do you love me more than all the things I have given you?”  “Yes Lord,” I said, “You know that I love you.”  Jesus said, “Model me to my people.”   Again Jesus said, “Stef, do you truly love me more than this world?”   “Yes Lord,” I answered, “You know that I love you.” Jesus said, “Pray for my people.”  The third time he asked, “Stef, do you love me more than your very life?”  I was hurt because Jesus had asked me a third time, “Do you love me?” I said, “Lord you know all things, you know that I love you.”  Jesus said, “Prepare my people. I will be coming back soon. I tell you the truth, when you were younger you did what you wanted, but now you fully belong to me. You may have to go where you do not want to go and you may be asked to give up your life for me, but in the end you will glorify me.”    Then Jesus said, “Now Stef, follow me.”  I turned to some others and said, “But Lord, what about them?”  Jesus said, “What does that matter to you, you live for me.”    Jesus is continually doing many mighty things in our day. If all of them were written down I suppose that the whole world would not have room for the books that could be written. (John 21 - September 2, 1996, 1:37am).

The year following my first year of College was difficult. My poor health continued and I proceeded with the dry ice treatments. But I was determined to step out in faith. I went back to church and got involved in a children’s program in a poorer part of Edmonton. I’d often arrive with blisters on my face. I felt ugly and useless, but I persevered. The doctors never found what was wrong with me and I slowly got better. (It took two years). I still had a lot to learn and I began to pray for God to send me a spiritual mentor. My prayer was about to be answered.