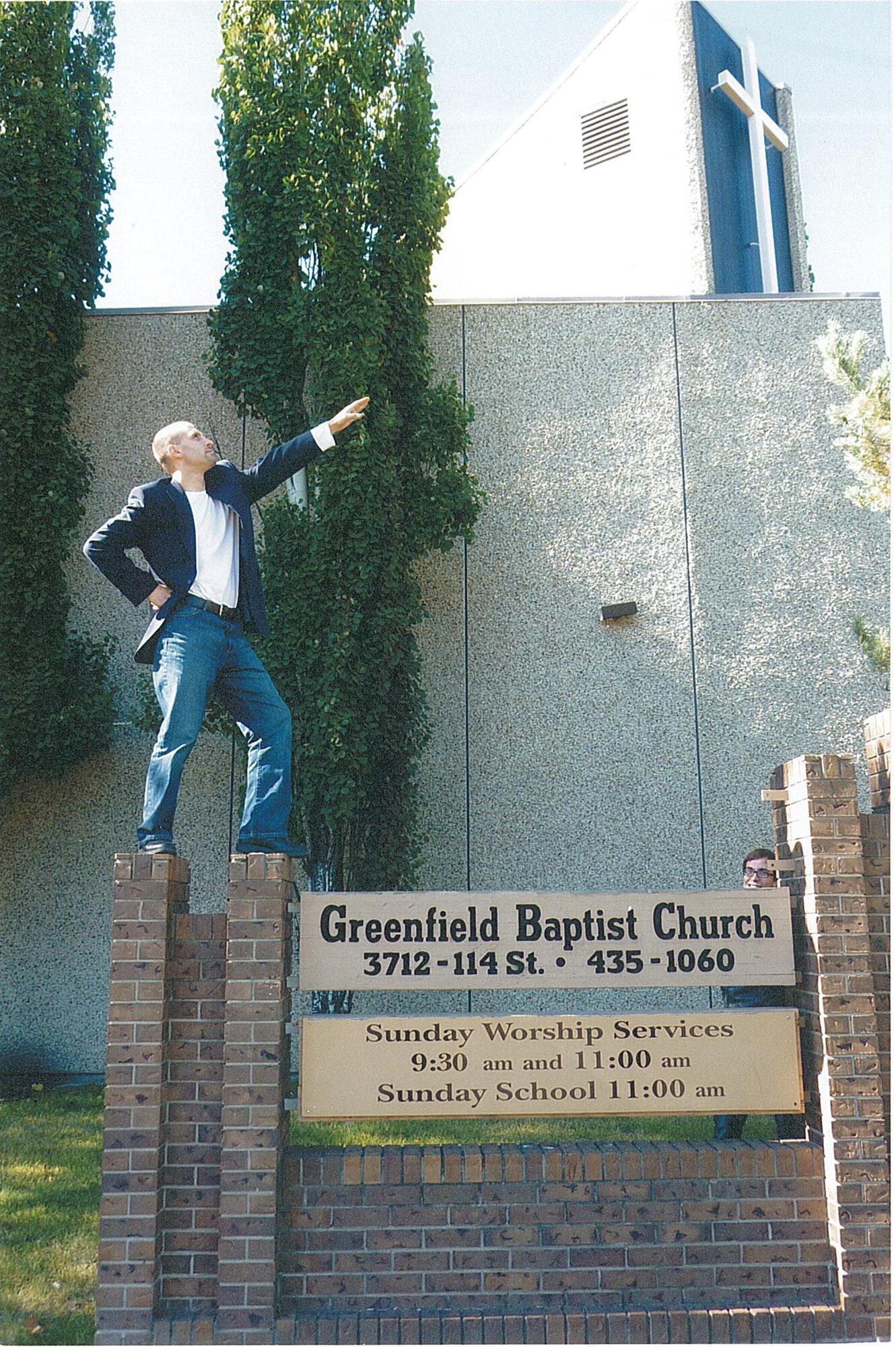 Upon graduating from seminary Northgate offered me a full time youth pastor position. I was grateful, but knew that God was calling me to a full time preaching position. This meant I was either going to have to be a solo or senior pastor somewhere. I resigned from Northgate before I had anything lined up and within a few months received a call from Greenfield Baptist Church. Rick Lazer, my seminary preaching professor attended Greenfield and was on staff there for a time. (My mentor Ralph Korner had also been their interim pastor for the past two years). Professor Lazer asked if he could put my name before the search committee. I agreed and when I received a call for an interview I tried to not get over confident. Greenfield was a thirty year old church and I was only twenty-six. A week after my first interview I was called for a second one. That was followed by a third interview. Eventually I was asked to come for a weekend and candidate. Two weeks after I candidated I received a call from Doug Hait, the head elder (who would become a great friend and one of my biggest supporters) asking me to become Greenfield’s next senior pastor. Yes!!!! This had been my dream since preaching to my teddy bears!

I loved my time at Greenfield. We based everything around what we called, “The Five Essentials of a Healthy Church”. (These same values would later be implemented under the acronym T.R.E.E.S. when I went to Bethany Baptist). These are drawn from the early church in Acts 2 as we see them engaged in outreach, discipleship, fellowship, worship and service. (T.R.E.E.S – Teaching, Relating, Exalting, Evangelizing and Service).

Between 2000 and 2011 we experienced many exciting things. Our attendance grew. We had a number of people become Christians and get baptized. We underwent a building expansion. We added a second service, and we changed our model of church government. There were also some outstanding church discipline issues that needed to be sorted out in my first year. These were not fun, but necessary.

The congregation at Greenfield had a broad spectrum of people from all stages of life, but overall we grew the most through the addition of young families with children. People came to Greenfield from all over the city of Edmonton and a few from out of town.

Each year I was the pastor at Greenfield I volunteered at the elementary school across the street. I was able to partner with the school on a number of overseas humanitarian projects. Together we collected over twenty-five boxes of children’s books for schools in Cameroon. I was able to deliver them myself and even brought back a video for the Edmonton kids to see. Together we collected eyeglasses, raised money for clean water projects and raised money for relief work in Haiti. In one of the school newsletters to the community some of our joint efforts were highlighted:

Our Greenfield School community continues to demonstrate incredible global citizenship! Recently, we raised $1874.65 for our Clean Water Projects, and Pastor Stef announced exciting news at Monday’s assembly – the Greenfield Baptist Church has contributed $1000, so a grand total of $2,874.65 will support Free the Children’s efforts in Kenya. Last year, our school raised $5,404 to help Haiti and the Greenfield Baptist Church contributed $8896.25, making a grand total of $14,300.25 that was donated to Free the Children  and GlA Canada to support their Haiti Earthquake Relief efforts! This amount was matched by the federal government resulting in our school community’s global citizenship making a $28,600.50 difference to the people of Haiti!!

During my last year at Greenfield Church the school created a “Pastor Stef Contagious Character Award” to annually present to one student who the school felt displayed a “passion for life and mission to help others.” At a school assembly on June 29, 2011, I was the first recipient and I have the trophy displayed in my office. One of the students, with the help of the principal, Miss. Linden, gave this speech at the assembly:

My name is Jennifer Wasylyshyn and I am one of the Mayors of Greenfield School. My principle, Miss Linden, and I are thrilled to be here representing our school at today’s special celebration for Pastor Stef.

Pastor Stef, you have helped our school in several different ways. You have been a great lunch room supervisor with a bubbly personality. You have taught us what global citizenship is all about by raising money for Haiti and Japan, collecting books for children in Cameroon, and collecting eyeglasses for children in Haiti. You definitely walk the talk of the “seven habits” (Steven Covey) by doing things that have meaning and make a difference. You look for ways to be a good citizen and you take the time to find meaningful ways to help others. You inspire everyone at Greenfield School to truly believe that one person can make a big difference. You are an excellent role model for all of us!

On behalf of all the students at Ecole Greenfield School, I would like to thank Pastor Stef for everything he has done to make our school a better place to be.

The most difficult part of moving from Greenfield was leaving behind all of the relationships we had built. Sermons are forgotten. Building expansions crumble. Some of the things you spent hours debating at board meetings were meaningless. But friendships matter. This came home to me when Nancy and I went back to Greenfield one weekend after being away for two years. After a flood of hugs following the service we were invited to a friend’s house for a New Year’s Eve party. When we arrived, the house was packed with many of our Greenfield friends. Late into the night we played games, told stories, laughed until our sides hurt and celebrated the New Year. On the ride to my parent’s house afterwards I said to Nancy, “Nights like this make me wonder why we ever left.” We’d walked with these people for over a decade through things like marriage, divorce, death, graduation, birth and conversion. We’d worked, cried, laughed, argued and celebrated together. These are the things that matter. As I’m sure Paul would say, in the spirit of 1 Corinthians 13, “You can do all the church stuff you want, but if you do not have love, you can flush it down the toilet.”

I don’t regret leaving Greenfield. It is good for congregations to hear a different voice with a different perspective, emphasis and theology. This helps people grow and not become too dependent on a particular person or system. It is also good for pastors to not get too settled and lose their prophetic voice. At the same time, pastoral ministry is only properly done over long periods of time. I would say at least a decade. Pastoral work, including the ministry of preaching, is primarily relational work and relationships take time. I’m glad I had a decade plus a year at Greenfield and plan to break that record at Bethany, unless God has other plans.