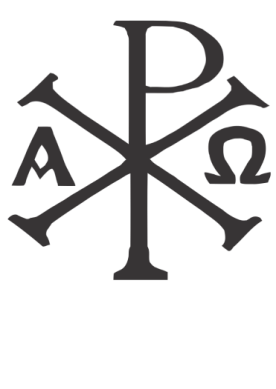 I have three tattoos and there have been plenty of times the above Bible verse has been quoted at me. Usually the people don’t know where the verse is and so I help them find it. Once I show them I get a “you see,” as if I was unaware of the verse I just looked up for them. I usually point out that the verse right before it says, “Do not trim off the hair on your temples or trim your beards.” (Lev. 19:27, NLT). And that earlier in the same chapter we read, “Do not plant your field with two different kinds of seed. Do not wear clothing woven from two different kinds of thread.” (Lev. 19:19, NLT). None of these people obey those laws, so why single out the tattoo one for me?

If I seem a little defensive you’re probably correct. One thing that really bugs me is legalism and the double standard that goes with it. And when I look at Jesus’ ministry I find myself in good company. Why do we reduce the life-giving message of the gospel to an encyclopedic reference manual for what we can and cannot do? Few people seem to know how to read the Bible properly. How is it that regular church attenders can listen to thousands of sermons and go to thousands of home Bible studies and still stumble over basic Bible stories and feel like they can’t explain the gospel to a non-Christian? I’m amazed at how many people have been Christians for decades who haven’t even read the whole Bible. And yet, it is these people who will tell me that “the Bible says” I shouldn’t have a tattoo. Talk about straining the gnat while swallowing the camel. (That’s in the Bible. Jesus said it!) If these individuals would stop shaving, trimming the hair on their temples, planting fields with two seeds and wearing clothing made by too different threads, I still wouldn’t listen to them (because I do not believe we are bound by these laws), but at least they would be consistent.

This book is not meant to be an explanation on how to read the Bible. There are many good books on that topic. One of the best is Gordon Fee and Douglas Stuart’s How to Read the Bible for all its Worth. Every Christian who wants to improve their Bible reading should read that book.

I got my first tattoo when I was 19. It’s on my right shoulder and is of the Tiny Toon character Plucky Duck. It was at this point that I began to wrestle with my faith. I started to question and change my mind on a number of beliefs that didn’t seem to be supported by scripture. Are we truly eternally secure? Is there really going to be a rapture of the church? Do we honestly possess an immortal soul? Must the days in Genesis be a literal 24 hour period? Are Israel and the church really two different people with two different covenants? Is becoming a Christian as easy as praying a prayer and asking for forgiveness? (In chapter 30 you read about the development of my belief in hell).

The choice to get my first tattoo was an expression of becoming my own person. It was a rejection of some of the rigidity of the Plymouth Brethren Church I attended in my youth. This reformation in my thinking is something I think every person (and especially every Christian) should experience more than once in their life. The church reformers had a way of expressing a healthy church as “reformed and always reforming.” I expect my children to grow up and have some different views from me on God and the Bible. I’m not threatened by that. I’m more afraid of them falling into the dead legalism of church conformity than of them having a dynamic and risky faith that is expressed differently than my own.

Why Plucky Duck? I watched the 1992 Tiny Toon’s movie How I Spent my Summer Vacation and loved Plucky’s energy, enthusiasm and, of course, his pluck. I also saw in him some of my arrogance, manipulation and talkativeness. I could relate. I still think he’s a cool character and have never regretted having him permanently put him on my body. J

I got my second tattoo 18 years later as I wrapped up my ministry at Greenfield. This one is a symbol of the number one person in my life. The tattoo is of the four Greek letters Chi, Rho, Alpha and Omega. As Plucky as I am, with all the faults that accompany this, it is in Christ that I have found life. He saved a Plucky like me. Not to water me down, mummify the pluck out of me and place me in a sanitized church that’s “safe and fun for the whole family,” but to live for him in the world.

The Greek letter for the “C” in Christ is Chi and is written “X”. The “hr” in Christ is Rho in Greek and is written “P”. The Chi Rho is the “P” superimposed over the “X” and has been used for centuries as a symbol for Christ. The Alpha and Omega are the first and last letters in the Greek alphabet and, in the book of Revelation, refer to Christ as the everlasting one. So, on the back of my left shoulder, I’ve chosen to display my commitment to Jesus Christ, the everlasting one.

I got my third tattoo on the day of my 40th birthday. (I plan to get my 4th one on my 50th). This one is another expression of my faith. It’s on my right calf and is of a cross with the symbol of the Trinity intertwined around it. The symbol of the Trinity is red to represent the blood of Christ. You might think that it would have been more appropriate to have done the cross in red and the Trinity in black. I do realize that it was Jesus who died on the cross and not the other members of the Trinity, but I also believe that the whole Trinity suffered during this time. I believe that, in some way, there was a real break in the Godhead when Jesus said, “My God, My God, why have you forsaken me?” In that sense there was a kind of death in the Trinity at that moment. Some will find this controversial and prefer to see God as an Unmoved Mover who is beyond all feelings of pain and suffering; thinking that suffering makes God less than a perfect. But I find this idea to be more philosophical than biblical. In any regard, I certainly uphold the orthodox view of the Trinity as one God in three persons. What actually happened in the Godhead at Christ’s death will remain a mystery. I believe that Jesus shed his blood for my sins and that this was motivated by the love of all persons in the Trinity. Though it was Jesus who shed his blood, it was God in his totality who suffered on my behalf. The cross and the red Trinity symbol on my right calf reminds me that the “weakness of God is stronger than human strength.” God’s victory came through his suffering. He is not a distant God, but a God who intimately knows and loves us.