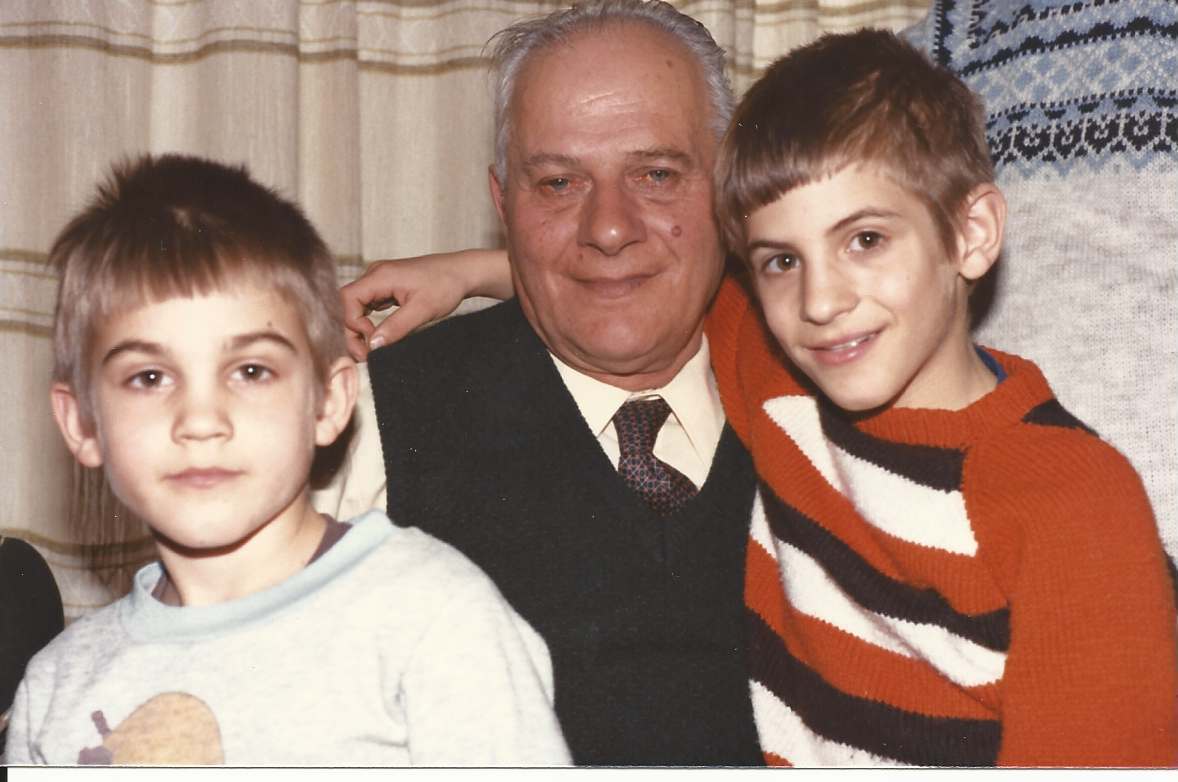 Two and a half years after I came into this world my younger brother Michael was born. Michael and I have been different from each other from as far back as I can remember. We were raised in a similar environment except that, as first born, my parents were a lot harder on me! J Certainly the way we are nurtured plays a large part in developing our personality, but we are also each born with a particular nature.

Michael and I played together more in our younger years than our older ones. We grew up on an acreage where we regularly biked the three kilometers from our house into the little town of Rolly View. According to the 2005 Leduc County’s municipal census, the population of Rolly View is now 58. Back when we were kids the population was much larger, probably around 80!

My brother and I would bike around the town collecting empty bottles which we would take to the only convenience store where we could exchange them for money to buy candy. The best time to go on these runs was right after a weekend baseball tournament. The number of beer bottles left under the bleachers brought in a good haul of candy.

I remember our mom regularly going into the Rolly View store and, after having her purchases rung up, telling the clerk to, “Put it on my tab.” I thought this was some magical incantation that allowed you to get free stuff. So the next time I was in the store I grabbed a box of army men, took it to the till and said, “Put it on my tab.” I actually walked out of there with those army men. A few weeks later mom had to pay her tab. It was then she noticed the purchase of the army men and confronted me on it. I explained to her what I did (I wasn’t trying to steal or be dishonest) and after she explained to me how a “tab” works, she planted the first seed that would grow me into a sceptical person. Money that comes out of an ATM machine is not free. You haven’t won anything when you get a call saying you’ve won a home security system. People in Africa aren’t losing multimillionaire relatives who want to send you their money. And just because someone tells you “the Bible says it” doesn’t mean it’s true. I’ve never shaken this skepticism. My first reaction to any miracle claim, dream, trip to heaven, new revelation, statistic or anything too one sided is to question it. “Unless I touch the holes in his hands I will not believe!” That said, I am certainly committed to Jesus Christ, but let’s not jump too far ahead in my story.

My dad, brother, and I built a two story tree house on our acreage, complete with a lookout tower. I think that it was in this tree house where my brother kissed his first girl. (My first kiss was with Shawna in grade eight. It happened in the middle of a soccer field after the team went home and we were waiting for our parents to pick us up. It was good! I’m glad our parents were late).

I also remember stepping on a nail while building that tree fort and hopping all the way back to the house to close up the wound. On our acreage we also constructed a couple of tepees, tire swings, obstacle courses and a very rough golf course.

My brother and I played a lot on our trampoline. This was before the days of protective walls around them and pads over the springs. With our trampoline, everything was exposed. This didn’t stop us from pushing it next the garage, running the sprinkler under it and climbing onto the roof to jump off on to it. We got some pretty good air. We also found four trees that were perfectly situated in which we could put the trampoline in the middle, wrap ropes around them, and make our own wrestling ring.

As the older brother I often manipulated my younger brother into making some poor trades with our toys. “I’ll give you these old washers that look like ancient money if you’ll give me your Lego.” With the smooth talk (and dirty tactics) of a prosperity preacher, I could convince my brother that he was getting the better deal. I feel bad about some of those negotiations today - kind-of.

By the time my brother and I were in Junior High we went our separate ways. I was into sports and music and he was into computers and video games. In school my best subjects were Gym and English and his best subjects were Math and Physics, although he still did better than me in English! In High School my brother received honors and scholarships for University, in which he pursued a Bachelor of Science in physics and then went on to become a radiation therapist. I was just happy that I passed high school and was able to maintain straight “A’s” in Physical Education.

One thing I appreciated about my brother was that he was not ashamed to take a stand for his faith in our small country school in New Sarepta. Although I tried not to associate with him during Junior High and High School, because I thought I was too cool for him, I did admire how he took his faith seriously.

My brother and I had a few violent disagreements. I remember running through the woods once as my irritated brother shot a bow and arrow at me. I don’t remember what I did. Maybe he finally realized that he got the bad end of the deal with the Lego a few years earlier.

My brother is currently married and living in Leduc, AB. He works as a radiation therapist in Edmonton at the Cross Cancer clinic. He and his wife have three kids, two boys and a girl, each a little bit older than my own. His wife is currently homeschooling them.