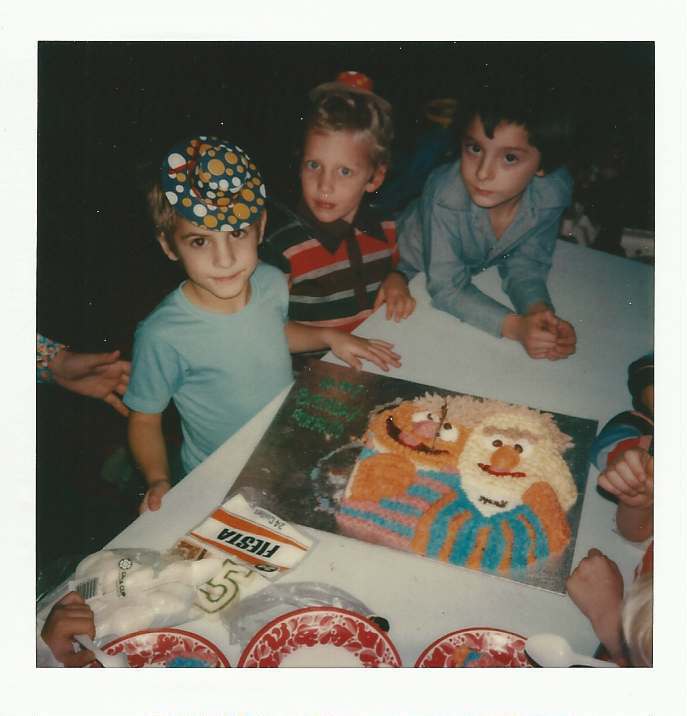 My parents were going to be rich. Even better, I was the one who was going to share the news with them. It started off like any other Saturday morning. I got up. I had breakfast. I went outside to play. And that is when the morning became unordinary. Our backyard was covered in gold. Each piece was about the size of a dime and there were hundreds of them. Was this a blessing from the heavens? Had God smiled on our family?

With the gold glistening in the sun from the dew that had yet to evaporate, I ran inside and found an empty ice cream pail. For an hour I collected the nuggets until the bucket was full. I was no expert in what gold went for, but I was pretty confident that an entire bucket would allow both of my parents to retire.

When mom awoke I rushed to show her my collection and pass the proceeds onto her, but became confused when she wasn’t nearly as ecstatic as I thought she should be. Let me word that differently. She was ecstatic, but not in the way I thought she should be. Mom rushed me into the bathroom and started vigorously washing my hands. Did she think I stole the gold? Was she trying to wash away my fingerprints? I thought she would calm down if I told her where I found the gold. It appeared in our backyard overnight. I had done nothing wrong. Mom kept scrubbing my hands and said, “Honey, that’s not gold, those are rabbit droppings!”

I’d just spent an hour filling an ice cream pail with rabbit poop - with my bare hands! What I thought was a bucket of wealth, was a bucket of crap. I learned a few lessons about “fools” gold that day. Not everything that glitters is gold. Not everything that looks good on the outside has substance to it. And always wash your hands before you eat.

Around this time I started dreaming up other ways to make a buck. I now realized that money wasn’t going to drop from the sky. I was going to have to put in some of my own ingenuity. I’d have to work. Or use my persuasive skills.

Part of my summer holidays before grade two were spent along Long Lake Beach in Saskatchewan. Again, with ice cream pails in tow, I walked along the beach collecting fish skeletons and shiny rocks. By the end of summer I had a large supply of these treasures.

When school started I brought my items to class. I made sure to do so on a Friday because Friday was “hotdog day”, so I knew people would have money. For a dollar you could buy a hot dog and pop from the school kitchen. During morning “show-and-tell” I stood before my class and played up the special characteristics of the fish skeletons and rocks. When recess came I offered to sell the items for a dollar each. Within minutes I had made $20. Unfortunately, I wasn’t to bring that money home.

At lunch it was obvious something was up. Everyone was sitting at their desk not eating and not buying hotdogs, except me. Our teacher started asking questions and someone snitched. I found myself in the principal’s office explaining my small business. He wasn’t convinced and confiscated my money and returned it to the students without even having them return my merchandise. He was robbing from the rich to give to the poor. I knew Robin Hood was bad. This was worse than taxing me. You’d think our educational system would encourage capitalism at such a young age. Instead, my principal was a communist! He even let me know that he would be “watching me.”

After this I started a new business of making “guitars” out of wood and elastic bands and selling them to neighbours. I knew I wouldn’t be able to get away with this at my totalitarian, oppressive, evil elementary school run by “Big Brother”, so I put the musical instruments in my wagon and trucked them door to door. Most were encouraging and bought one, though I’m sure it was later used for firewood. But at least my neighbours weren’t communists!

Recently I witnessed my entrepreneurship in my ten year old son Micah. We were at a park with some friends when he and a buddy developed a stand-up comedy and circus routine, complete with balancing on soccer balls while catching frisbees out of the air. Once they were confident with their routine they went around the park asking people if they could perform. After each show they put down a pail for people to throw money in. Within an hour they had collected $16! Unlike my principal, I let them keep the money.