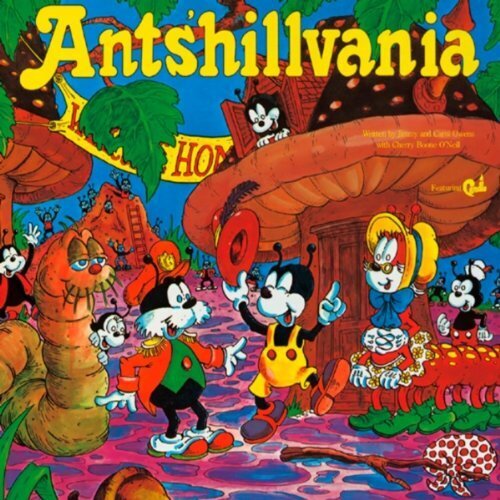 I’ve always been fascinated with ants. As a kid I read about them and studied the ways they would organize and establish their colonies. My favorite record was even called Antshillvania. As a pastime I would entertain myself with ant gladiator war games. I would fill a bus pan with water and place two large rocks in it so that they both became islands. One rock was then loaded up with red ants and the other with black ants. Taking a stir stick from my dad’s painting supplies I then made a bridge between the rocks and watched them battle it out. The red ants always won because they are designed for fighting. This made me create scenarios to give the black ants a better edge. Let’s try two red ants against eight black ants. Now who’s gonna win!? I was barbaric.

These battles were a metaphor for my parent’s relationship before I started elementary school. I recall many evenings sitting at the top of the stairwell listening to my parents yell at each other down in the kitchen. It never got physical, but was quite verbal. And the threats of divorce scared me.

The ants also got a little too close. Mom started hearing a scratching noise in one of the walls of her bedroom. A mouse? A ghost? A scratching in her head? Then mom saw a large ant crawl across her bedroom wall and disappear into a small hole. Dad peeled back the dry wall around this hole and found hundreds of ants crawling on top of each other. They called the exterminators and when the drywall came down we saw that the entire wall had become a large ant colony. It was really neat! You could see their tunnels and chambers where they stored their eggs and food. But if this would have gone on much longer, our roof would have caved in and destroyed the house, possibly putting someone’s life in danger.

My dad designed this house himself and it was now being destroyed by a nation of tiny ants. This was war! We sprayed. We poisoned. We killed. We brought in the Special Forces. It was ant genocide. We kept no prisoners. We showed no mercy. We even destroyed their young and unborn. And we won the war!

The battle in my parents’ marriage wasn’t as easy. There’s no spray to kill the bugs that infest a marriage. But my parents were about to meet someone who would change their marriage forever. The two of them were invited to a sixteen week Bible study on Jesus at a Lutheran church. Because of mom’s positive memories with the Lutheran church they decided to attend. In these meetings my parents met Jesus and committed their lives to him. Jesus started to change the way my parents spoke to each other and he taught them how to love and forgive. Mom was also introduced to James Dobson and claims that she “raised her boys on his principles.” (So you can blame how I turned out on Dr. Dobson). We also started to do family devotions and dad began praying with us each night before bed. We never became a perfect family, but there was no longer any threat of our family breaking up. Thus, the first thing I learned about Jesus was not informational, but experiential. Jesus is the guy who saves! He doesn’t just save “souls” from bodies to take into heaven. (An idea I now utterly reject). He is saving all creation, including all of us. We will have new resurrected bodies and live forever in a new heaven and earth where we will be reconciled with God, each other and creation.

Jesus saved my parents’ marriage and I started to fall in love with this man who saves.

He was filled with joy because he had come to believe in God – he and his whole family. (Acts 16:34b).